Documentation, as an element of authenticity and physical evidence of intangible actions, which are hard to grasp, is becoming increasingly inherent to artistic practice nowadays. Over the last decades there has been a shift to less visual and more experiential and intangible formats. The need to demonstrate the artistic fact (however brief it might be), contradicts the intangible nature of the action and incentives the duality of the document as evidence and as a work in itself.

The time of e-flux has heralded that we now consume art at a distance, in the way of anecdote, news, rumour. However, its inaccessibility is brought about not only by geographical bounds but by the nature of the work itself, since it happens in extra-artistic sites, or in the intimacy of a gesture hard to attend. The main interest of this project lies in that somewhere else where the actions/processes and their presence in space occur, in their ideal format according to the artist.

From June 9th onwards, a series of actions will take place outside the gallery space, in places such as the artists’ cities of residence or the locations where they happen to be during the length of the exhibition. The works will progressively gain presence in the space depending on the material each artist chooses to send. To what extent can the exhibition format contain projects of such nature? Does the very idea of this project involve the failure of its own utopia? How can we choose somewhere else when an exhibition is visually supported through the ‘here’ and ‘now’?

Due to the nature of this project, only the spatial distribution of works will be visible during the first few days, as the works won’t be physically present. Only in some cases will the preliminary elements of the actions will be exhibited.

The selection of the artists doesn’t point to a unique interest for practices where documentation is inherent to the project, but also for artists committed to anonymous action where the medium is assumed from a more poetic perspective, almost as elusive as the action itself.

the project consisted of photographing the Amsterdam  sky every time it was blue during the days that exhibition was up and running. The title of each image recorded the trajectory of blue from the artist’s camera up until he printed out the photograph on a sheet of paper and hung it on one of the walls of the gallery. 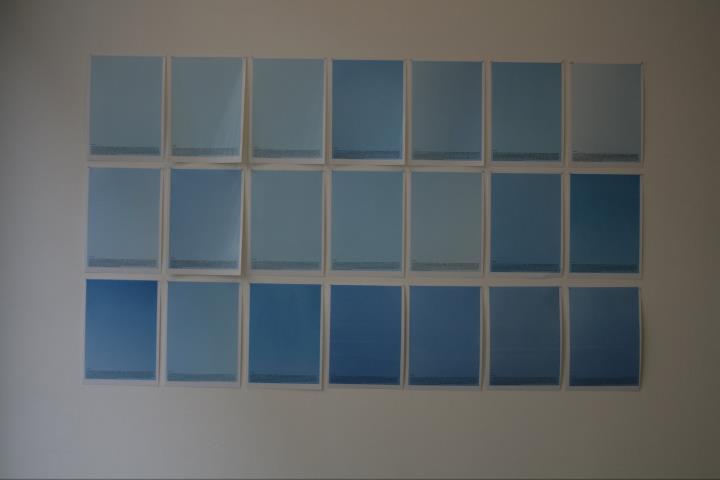 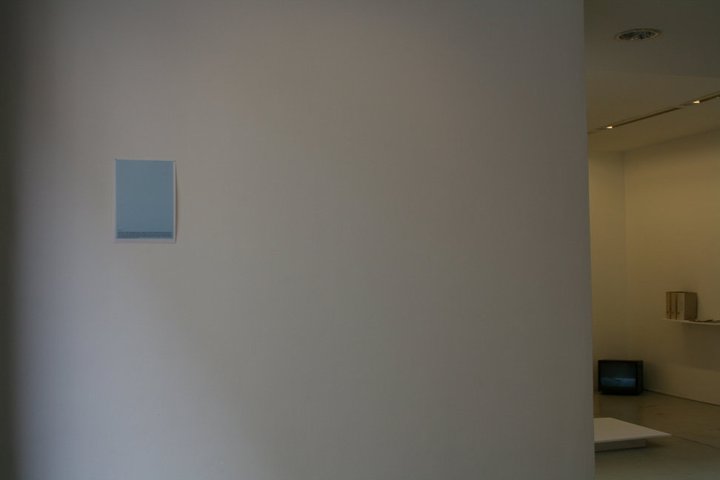 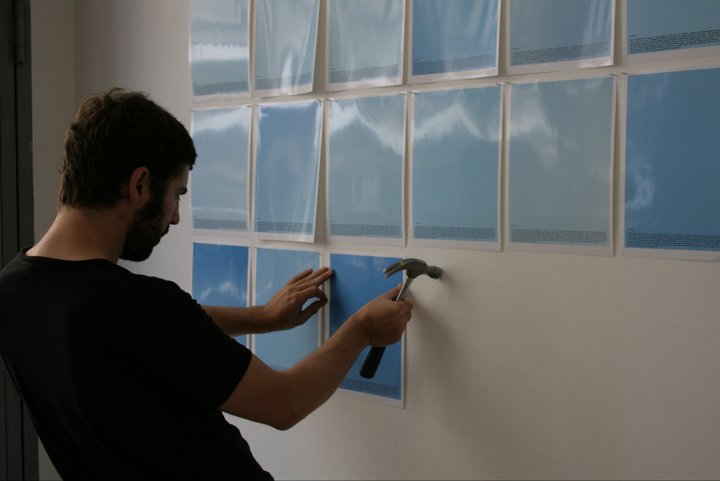 One of the titles: