“Dogeza”(土下座)  is a Japanese traditional act of apology which often evokes misunderstandings. If one doesn’t understand the specific Japanese code on this act, or one stand at a wrong position to perceive the act, its sign can be interpreted radically different.

The figure of Dogeza was carved with a block of Soap and displayed on a turning table on a high pedestal.

This work was presented together with ‘Ghost in silence’. 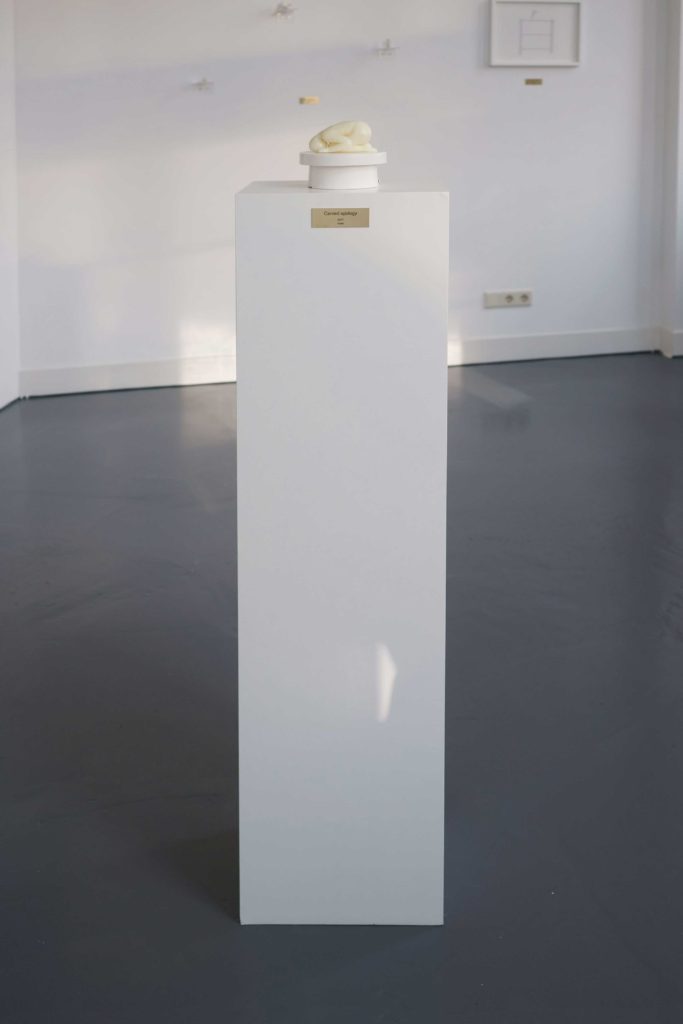 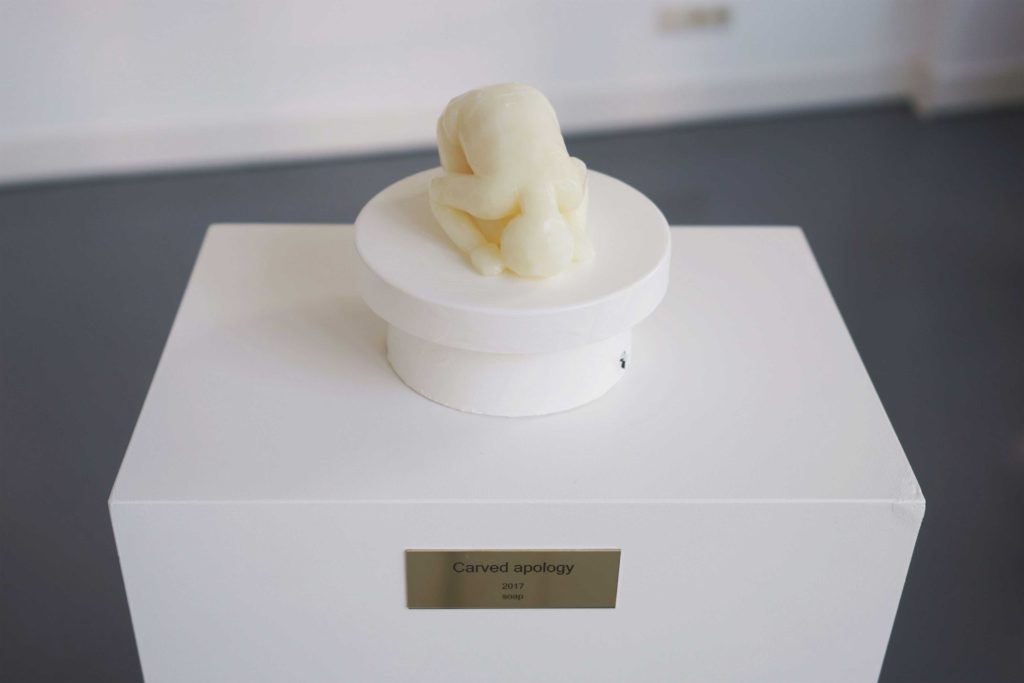 “Dogeza” is described in the video/performance ‘Ghost in silence’ which consists of compiled short stories narrating about a lost in translation in a cross-cultural situation. 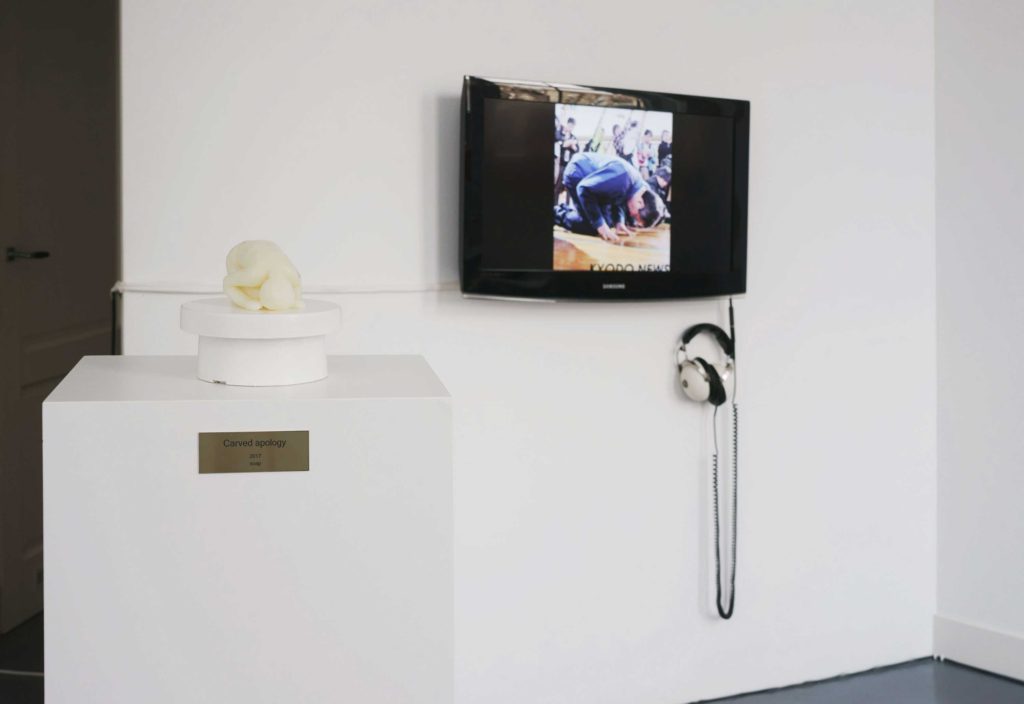 Overview/ Carved apology together with Ghost in silence