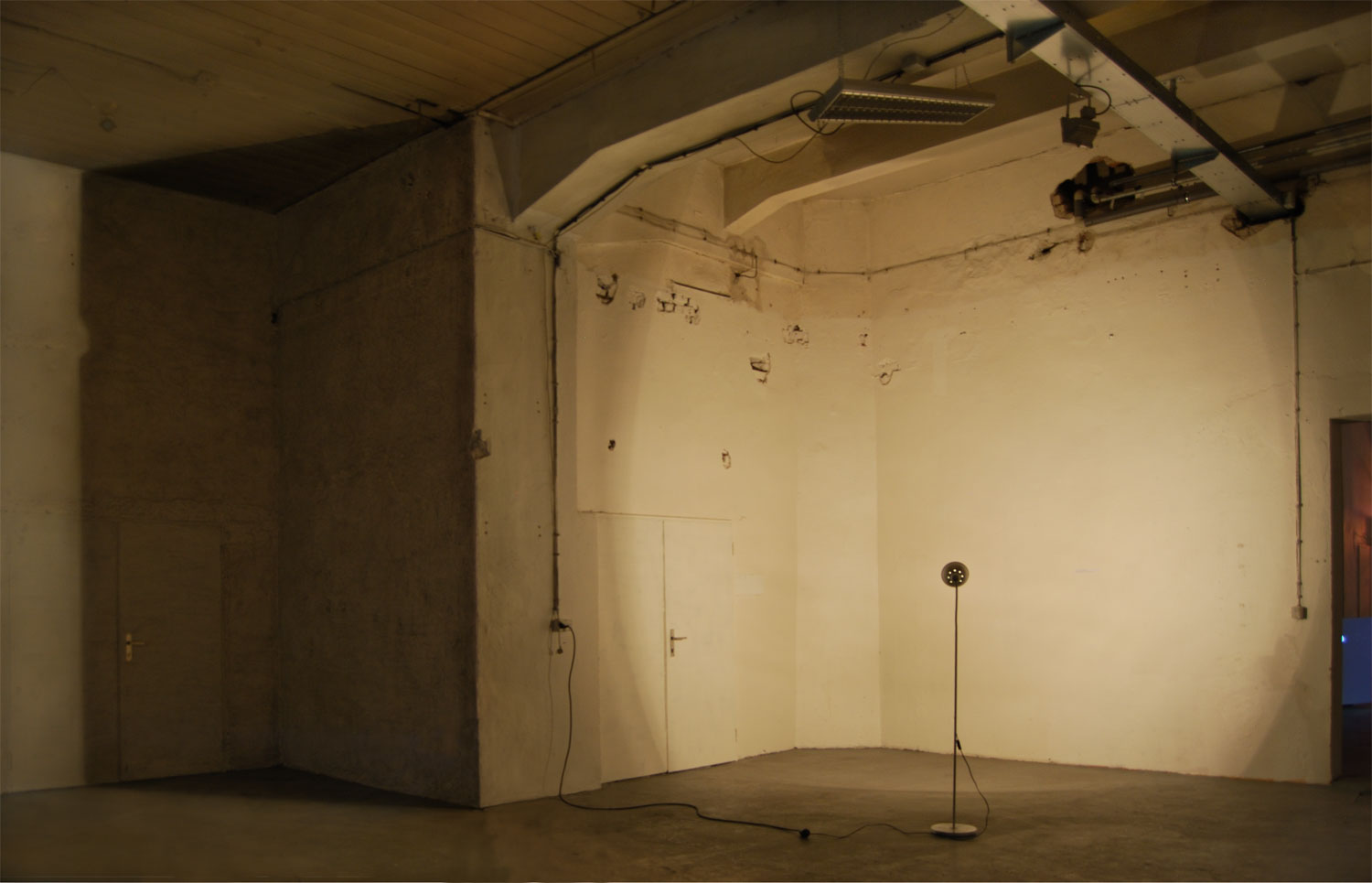 Lighting up the wall makes a shadow at a corner of the space.This shadow‘s darkness was much stronger than audience(s)’s expectation because the whole area of the shadow was covered with a layer of pencil drawing(frottage). This drawing created an unbalanced darkness between the amount of light and shadow, and its imbalance evoked substantial peculiar atmosphere in whole space.

Besides, The drawing made the audience(s) to notice rough textures on the wall, floor, and ceiling, that had been ignored in an ordinary situation. Therefore the effect of the drawing gave attention to the presence of the shadow.