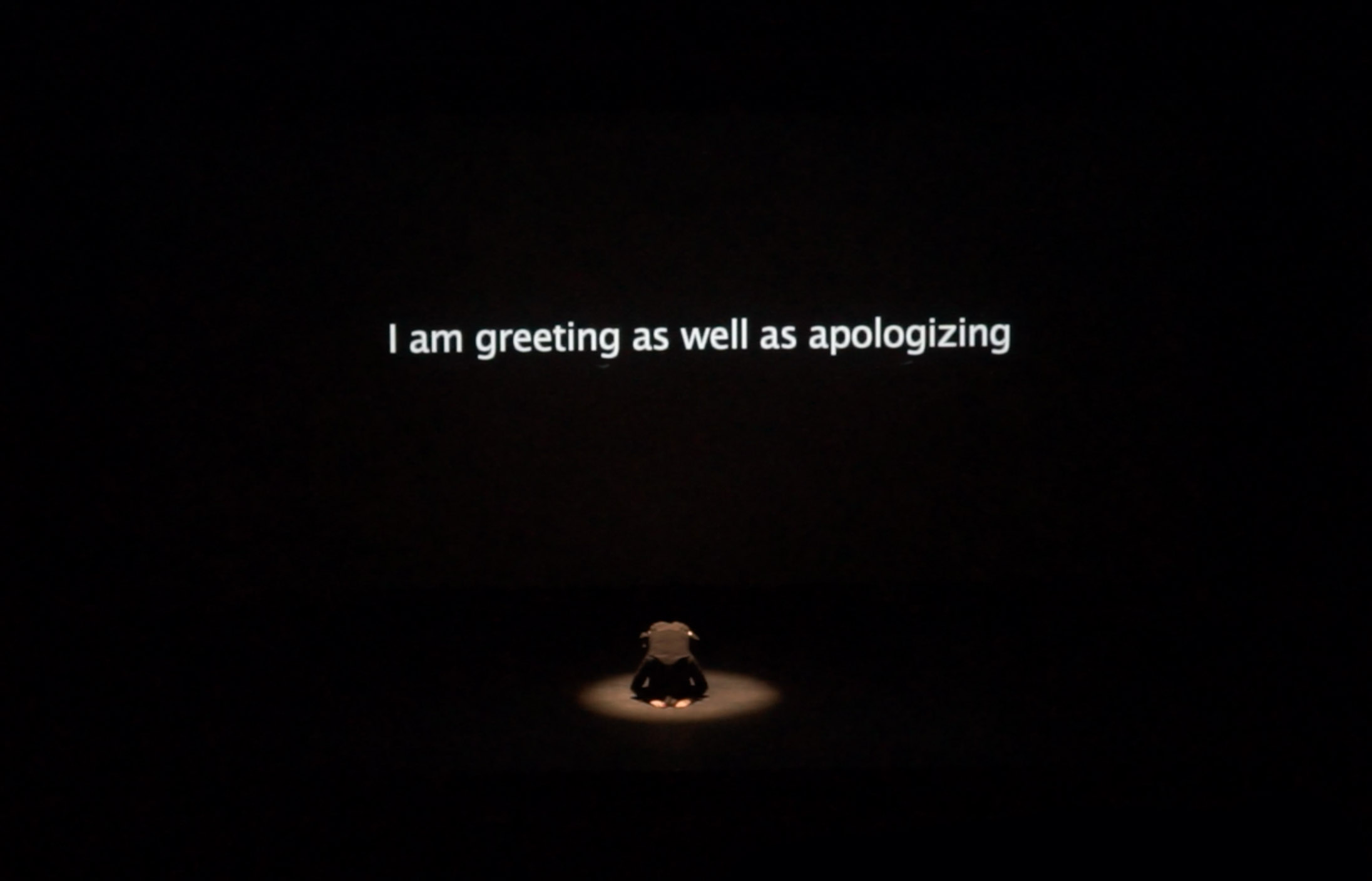 ‘Ghost in silence’ consists of compiled short stories and its visual references, written, edited and performed by myself.

Throughout the narrative of ‘Ghost in silence’, – which refers to the literal translation of the Chinese characters describing the word humour – I investigates the meaning, and misreading of humour when crossing cultural boundaries, following the concept of migration, misunderstandings and the displacement of my own sense of Japanese humour within a western (art) context.

A living in cross-cultural contexts evokes a paradox in our understandings of signs. Via a video that combines text, speech, and image, I lecture on and about moments that have a humorous component when they are seen from Asian descent, though seem to have become ‘mythical’, poetic and total misread statements when gotten lost in translation into the Western context.

Click here to read the script: For people who don’t understand English with Japanese accent.pdf

Click here to watch the video documentation of the performance.

Stills from the video